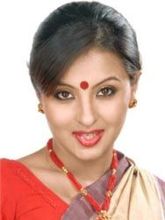 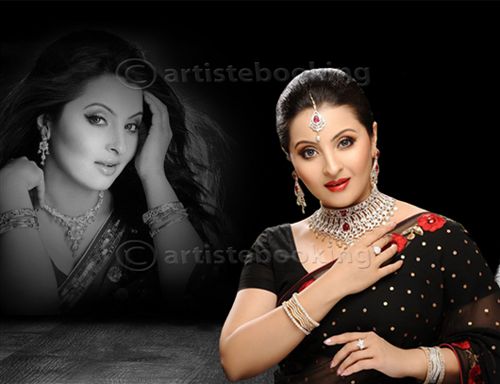 Nishita Goswami is an Indian Assamese Actress. She is one of the beautiful look and appearance as well as her outstanding performances in films and stage acting. She is the daughter of famous veteran actress Malaya Goswami which is also one of the many reasons for her remaining on the limelight as the Expectations remains naturally from her to maintain the high standard like that of her mother. Inspite of these facts she was a successful actress.

She was born on 19 October and she started her career as child artist at a very tender age of 6 years only in a feature film titled Rati Phula Phul being directed by Sagar Sangam Sankar. Her role in the film was not very serious one and has only registered her presence in the film which also featured her mother in the lead roles.

She has a lot of passion for this profession of film acting and dancing and accordingly shaped her career with a much positive note to reach new heights of success within very less time. This Assamese actress has a very charming has a very charming and a cheerful face which has been able to attract many fans and win over the hearts of the viewers, specially those of the youngsters. She is the part of many good assamese feature films.

She is also a good assamese bihu dancer and can be seen on most of her Bihu VDC's that are launched in Assam on regular intervals. She has a perfect combination of highly skilled talents and glamorous figure which makes her so different and also prominent media artist of Assam. Her passion for acting and the comfortable support and inspiration from her mother at all times in what she says as the decisive factor for her success of her career in the Assamese film Industry. Being a glamours, beautiful and hot assamese actress of the state of Assam she can also be found posing for various media publicity videos and paper advertisement promoting different products and services. She is known to be residing in Guwahati city of Assam and also participating in the road show organised by Vodafone known as Bihu at your doorstep and will be travelling across the state in various cities and towns.

Why Book Nishita Goswami Through ArtiseBooking?