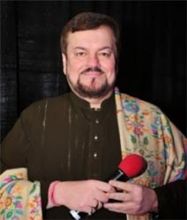 Nitin Mukesh is an Indian Playback singer. He was born on 27 June, 1950, his full name is Nitin Mukesh Mathur, mainly known as Nitin Mukesh. He sings for Hindi films and Bhajans also.

Nitin has toured internationally in 1993 including United States, he also tour in 2006 with his show Kal Ki Yaadein as a tribute to his father. He has a son name Neil Nitin Mukesh, who is versatile actor in Bollywood. Nitin has consciously distanced himself from playback singing and the 55-year-old singer is today content with live shows around the world and music albums.

Why Book Nitin Mukesh Through ArtiseBooking?