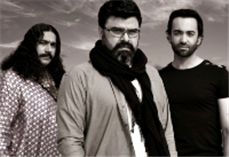 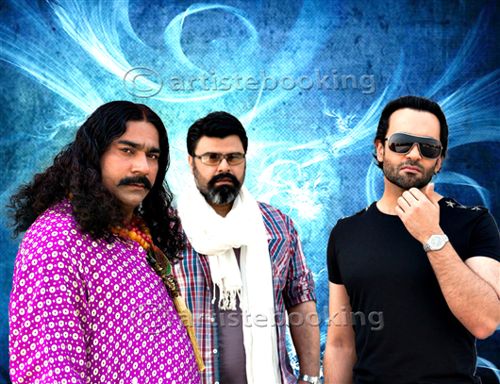 Overload band is an Pakistani Band from Lahore, Punjab. The band formed in 2003. The group is directed by producer, leading vocalist and drummer, Farhad Humayun and Keyboard/ synth player, songwriter and composer, Sheraz Siddiq, who were soon joined by Hassan Mohayeddin on Percussion along with Dhol Player Pappu and Jhura Sain. The band is widely regarded by many critics as being the "Loudest Band in Pakistan.

The band was formed in 2003 by producer, lead vocalist and drummer, Farhad and Keyboard/Synth player, song writer and composer, Sheraz Siddiq. The band released their debut self titled album Overload in December 2006 the album charted at the top in the local Pakistani music charts and singles.

After releasing the first album the band released their second album "Pichal Pairee" exclusively as a digital download album. The first single to be released from the album was Pichal Paire. The video was directed by Hassan Ashraf, Which received a lot of critical acclaim for its slick camera angles and the way it was shot. the shot. The next video "Mela Kariye" was directed by farhad Humayun Himself for which he received a nomination at the Lux Style Awards for the "Best Music Video Director". The next video to be released from the album was Batti which was directed by Farhad Humayun & Hassaan Ashraf. Overload released the video of Ankahi in 2011. Overload launched the official video of the second single of the year 2011 “Neray Aah”. In celebration of their 10 year anniversary, Overload released a special single “Jeet” on 14th August 2013.

Why Book Overload band Through ArtiseBooking?