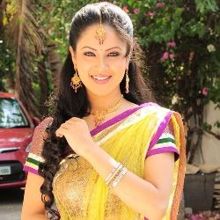 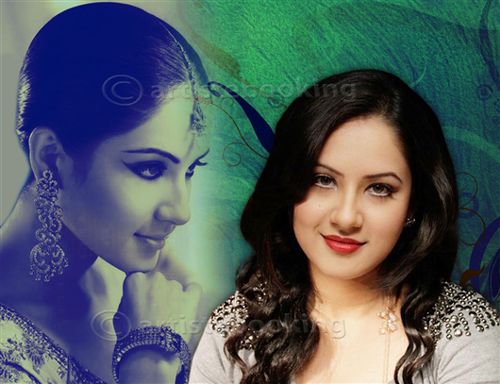 Pooja Bose is an Indian Television Actress and Bengali Actress. She was born on 6 February, 1987 in Kolkata, West Bengal, India. She is specially well known for her movies challenges2 with co-star Dev and Loveria with co-star Soham Chakraborty. She had played the role of Radha in "Kahaani Hamaaray Mahaabhaarat Ki". She has got immense fame and popularity as Goddess Parvati as well as Goddess Adi-Shakti and Goddess Kali in Devon Ke Dev - Mahadev. he participated in Jhalak Dikhhla Jaa (Season 7) where she was credited as Puja Banerjee.

Pooja Bose was born on 6 Febbruary 1987, She hails from Jaipur from a Bengali Descent. She finished her schooling at the St. Paul's Mission School and subsequently graduated from the Jai Hind Colleges in Bombay. Bose has wanted to be an actress for as long as she can remember, as she told Washington Bangla Radio.

After starting her television career with Kahaani Hamaaray Mahaabhaarat Ki, Puja Bose was seen in romantic show Tujh Sang Preet Lagai Sajna, in which she played the role of a simple Punjabi girl, Vrinda. Pooja only views the shows in which she works in and hence couldn't compare her shows with the other shows aired on television. But the actress confidently declared her show to be a hit. She has also acted in a Telugu film titled Veedu Theda. She did her debut in the film Macho Mustanaa with Hiran Chatterjee (formerly called Macho Mustafaa but it changed its title due to objections from Muslim clerics regarding the use of the word "Mustafaa"). She bagged a role in Raja Chanda's next film Challenge 2 starring superstar Dev Adhikari and Sujit Mondal's next film Rocky starring Mahaakshay Chakraborty. Another unconfirmed movie is Diwana Holo Mon opposite Hiran Chatterjee.

She then replaced Sonarika Bhadoria in the mythological show Devon Ke Dev - Mahadev as Goddess Parvati. In 2013, Pooja Bose was featured in famous Bollywood actor Govinda's music album "Gori Tere Naina" and danced with him in all the tracks of album along with Govinda. She appeared on the popular Colors T.V. show Comedy Nights with Kapil along with Govinda for her album's promotion on 15 December 2013.

Why Book Pooja Bose Through ArtiseBooking?