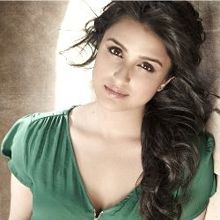 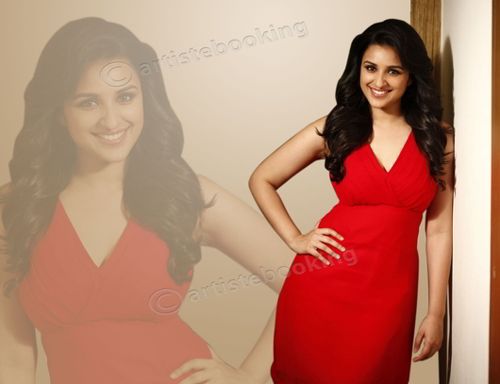 Parineeti Chopra is an Indian film actress and cousin of known film actress Priyanka Chopra who appears in Hindi films. Chopra wanted to become an investment banker, but after obtaining a triple honours degree (in business, finance and economics) from Manchester Business School she returned to India during the 2009 economic recession and joined Yash Raj Films as a public relations consultant. Later, she signed a three-film deal with the company as an actress. Chopra made her screen debut with a supporting role in the 2011 romantic comedy Ladies vs Ricky Bahl, which was moderately successful at the box office. Her portrayal of a Delhi-based rich brat, Dimple Chadda, drew critical appreciation. Chopra went on to win the Filmfare Award for Best Female Debut and was nominated for Best Supporting Actress. The following year she was the lead (Zoya, a feisty tomboy) in the romantic drama Ishaqzaade, a critical and commercial success. Chopra's performance won wide critical acclaim, earning several nominations in the Best Actress category (including Filmfare) and won the National Film Award – Special Mention at the 60th National Film Awards. As of August 2013, Chopra has several projects in various stages of production. She is filming Hasee Toh Phasee and is all set to appear in Shuddh Desi Romance directed by Maneesh Sharma releasing on 6 September 2013. In addition to acting in films, she is active in humanitarian work, has a number of endorsement deals and is regarded as one of the most promising actresses in Hindi cinema.

Why Book Parineeti Chopra Through ArtiseBooking?