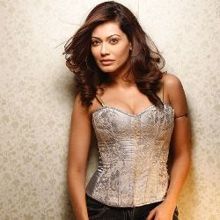 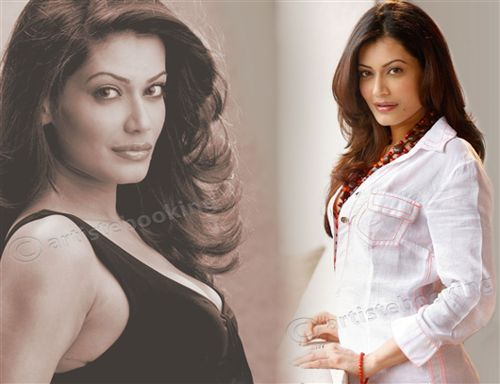 When you think of Boldness & Adventure in Bollywood Industry in INDIA , only one name comes to you " PAYAL ROHATGI". She was born on 9 November 1985 in Hyderabad, India. Her journey to Bollywood began when she won the title of Miss Tourism World in 2002 in Medellin, South America against participants from 65 countries. A self made successful actress was born in Hyderabad, India. She is the daughter of Veena Rohatgi and Shashank Rohatgi. She has a brother named Gaurav Rohatgi. She completed her engineering from L.D. College of Engineering, Ahmedabad. She is a computer engineer by profession. Payal has worked with some of the Top names in Bollywood Film Industry & Production house, which has given her lot of new opening in the rising Television Industry in India. She has been accepted by the audience in the best role as a Glamorous, Bold & versatile actress, which has created her own fan followers across the Indian Entertainment market. Payal believes in the philosophy to work hard and leave the rest to god. Her ultimate goal in life is to gain the respect and adoration of being a good actor. She has been the most taped Actress on Google in India. Modeling Rohatgi started her career by modeling for popular brands like Amul, Nirma, and Nescafe. She gained attention after appearing in a television ad for Cadbury's Temptations Chocolates. Around this time she also appeared in music videos by rock band, Silk Route and Indipop artist, Kay Kay. In 2002, she participated in the Femina Miss India contest. The same year, she won the Miss Tourism World in Medellin, South America . After starting her career in Bollywood, Rohatgi has cut back on the number of advertisements she works in. However, she appeared along with cricketer Virender Sehwag in an ad film for Dabur's Lal Dantmanja. She was also seen in an ad film for Eveready battery in 2006 with Amitabh Bachch Rohatgi made her Bollywood debut in 2002 with Harry Baweja's, Yeh Kya Ho Raha Hai?, a Hindi remake of the Hollywood teen flick American Pie In later years, she appeared in the films, Plan (2003), Police Force (2003) and Rakht (2004). In 2006, she got her major breakthrough with the film, 36 China Town, also starring Shahid Kapoor, Kareena Kapoor, and Paresh Rawal. Later that year in July, she appeared in the critically acclaimed, Corporate, in which she played the part of an item girl. In 2007, her first release was Priyadarshan's Dhol, produced by the Percept Picture Company. She played a positive second lead character, paired opposite Arbaaz Khan. In 2008, she was seen in a cameo opposite Ranvir Shorey in PNC film Ugly Aur Pagli which was released in August. In mid-September, she appeared opposite Irrfan Khan in a TV18 film Dil Kabaddi She played the role of an aerobics instructor in the film. She has been doing theater workshops with Quasar Thakur and has made debut on stage in Vandana Sajnani Khattar's English play Four Play on October 16, 2010 in Mumbai.

Why Book Payal Rohatgi Through ArtiseBooking?