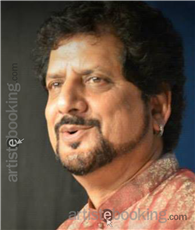 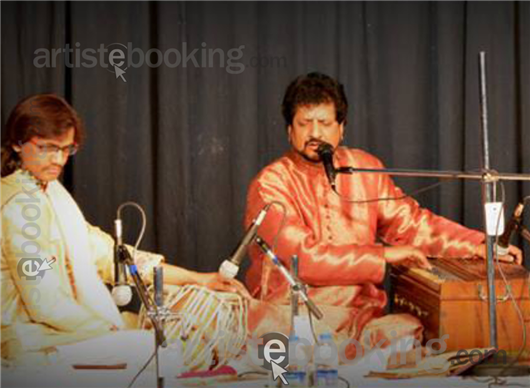 Now a well established name of the Capital “Delhi” in Ghazals, Bhajans and Folk music.

Since his early youth, He has been immensely popular among the people by participating in Youth Festivals and Music Concerts.

He chose to be a Ghazal singer and followed his idol Ustad Mehdi Hassan Khan Saheb.

Also, He mastered other genres of Music.

He wanted to follow the tradition of Guru-Shishya parampara in Classical vocal music which inspired him to leave his home town and migrate to Delhi in search of an ultimate Guru.

At Delhi, he was fortunate enough to find his ultimate Guru in the form of “SHRI LAXMAN KRISHNA RAO PANDIT” ji, a great exponent of Gwalior Gharana.

He was the first person from H.P. to promote the Himachal Folk music commercially in 1983 with the cassette named “RITU RANG” and he was recognized by the masses.

Many of his Music recordings were earlier released during 80’s and 90’s ,for which he got applause, of which a cassette “ HIMACHAL KE LOK GEET” was produced by HMV.

His first notable GHAZAL SHOW was held in Kamani Auditorium inaugurated by the President of India Late “SHRI GYANI ZAIL SINGH” ji himself.

He is awarded National scholarship by the Ministry of Culture and he submitted a comprehensive research-paper on Himachal Folk’s music and Culture.

He is selected by ICCR (Indian Centre for Cultural Resources) in its panel of performing artists (Ghazal & Folk music).

Why Book Piyush Raj Through ArtiseBooking?