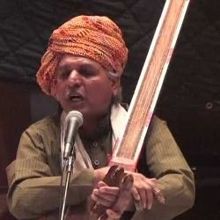 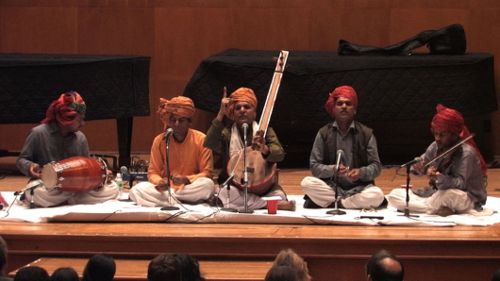 Prahlad Singh Tipaniya is an Indian folk singer who performs Kabir bhajans in the Malwi folk style from Madhya Pradesh. He performs together with a group of tambura, khartal, manjira, dholak, harmonium, timki and violin players. Prahlad Singh Tipaniya toured in the UK and the United States, as well as in India, and his music has been played on All India Radio stations in Indore, Bhopal, Jabalpur, Patna, Lucknow and Kanpur. Tipanya has received several awards including the Padma Shri in 2011. He also performed at the annual Sufi music festival, Ruhaniyat.