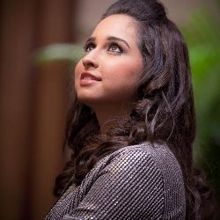 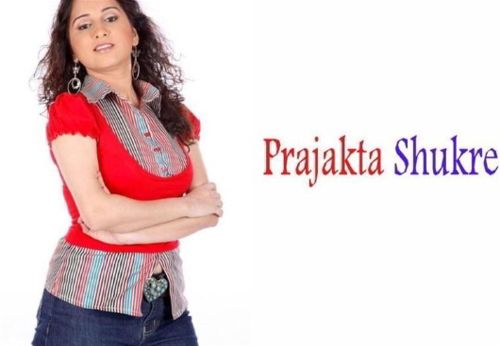 Prajakta Shukre (born 29 November 1987), is an Indian singer who works in Bollywood films, as well as reality shows. She was studying science in 12th standard in Jabalpur when she decided to participate in Indian Idol Season 1. She finished at 4th place.She is in top 4 of the finalists of the singing talent hunt programme of Sony Entertainment Television named INDIAN IDOL (1st part)..Her friends say that no one can be more sweet n carefull than their Kaju..She had started her muzik journey at just 3-4 years of age and her 1st stage performance was held in Khandwa, at the age of only 4..She has a great personality and as well as she is so innocent and friendly to others specilly with muzical peoples..Being a celebrety at this age and with so much work, she doesn't hesitate to come in contact with her friends..She loves to watch cricket, badminton, tennis and football, and really mad of playing computer games.. She likes pani puri, alu k parathe, maithi k parathe, chinese, pasta, and everything made by her aai, Mrs.Reenu Shukre..And she dosen't left any movies to watch and there's a long list of her favourite movies..Lastly, just wanna say, hope she will become the best human being in this world and save all those distress peoples through her sound of Muzik ..