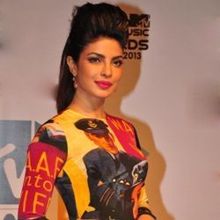 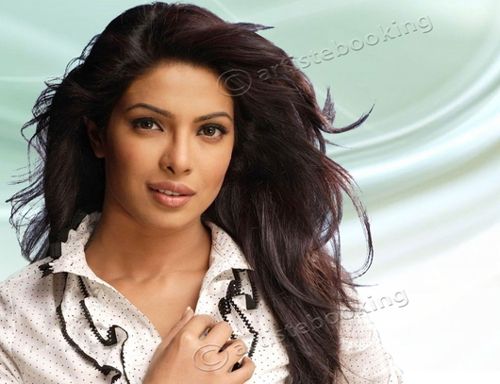 Priyanka Chopra was born 18 July 1982) is an Indian film actress, singer, and songwriter. Chopra won the Femina Miss India World and Miss World titles of 2000 and has had a successful film career since, mostly in Bollywood films. Today she is one of Bollywood's highest-paid actresses and one of the most popular celebrities in India. Chopra has won a National Film Award for Best Actress and Filmfare Awards in four categories. Chopra was born in Jamshedpur to parents who were both physicians in the Indian army. Due to their occupations, she frequently travelled as a child, but considers Bareilly to be her real home. After a period of living with an aunt in the United States, she moved back to India and won a local beauty contest. In 2000, her mother entered her into the Femina Miss India contest, in which she finished second and took the Femina Miss India World title. She was then entered into the Miss World pageant, where she was crowned Miss World 2000, becoming the fifth Indian to win the competition. Although Chopra had aspirations to graduate with a degree in engineering or psychiatry, she accepted offers to join the Indian film industry, making her acting debut opposite Vijay in the Tamil film Thamizhan in 2002. The following year, she starred in The Hero, her first Hindi film release, and followed it with the box-office hit Andaaz, which won her the Filmfare Best Female Debut Award (shared with Lara Dutta) and a nomination for the Filmfare Best Supporting Actress Award. She subsequently earned wide critical recognition for the role of a seductress in the 2004 thriller Aitraaz, winning her the Filmfare Award for Best Performance in a Negative Role. Chopra starred in the 2006 blockbuster superhero film Krrish, and established herself as a leading contemporary actress of Hindi Cinema. After a period with little acclaim, she was praised for her portrayal of a range of unconventional characters, including a troubled model in the 2008 drama Fashion (for which she won many 'Best Actress' awards), a serial killer in the 2011 neo-noir 7 Khoon Maaf, and an autistic woman in the 2012 romantic comedy Barfi!. CNN-IBN described Chopra "as one of the most powerful actresses in the current lot and someone who doesn't shy away from experimenting with roles within the realms of popular cinema". Chopra is regarded as one of the most popular celebrities in India and has been described as a style icon. Her personal and professional life has received substantial media attention. In addition to acting in films, she has participated in stage shows, hosted a reality show on television, and has written columns for India's national newspapers. She has also engaged in philanthropic activities, and was appointed as a UNICEF Goodwill Ambassador for Child Rights in 2010. In 2012, Chopra released her first music single "In My City", which, although a commercial success in India, was met with a mixed reaction from critics.

Why Book Priyanka Chopra Through ArtiseBooking?