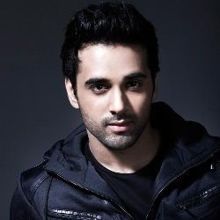 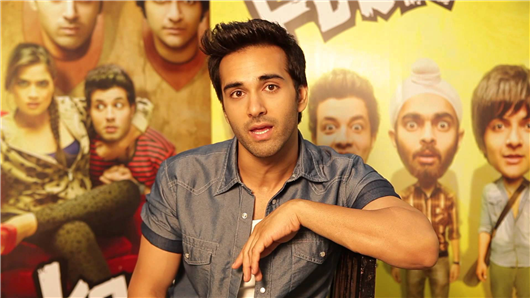 Pulkit Samarat is an Indian Television Actor, Model and Bollywood Actor. He was born on December 29, 1983 in New Delhi, India. He made his debut in Entertainment Industry through a famous Television series Kyuki Saas Bhi Kabhie Bahu Thi in 2006 and He made is Bollywood debut through the movie Bitto Boss in 2012, after that he worked in Fukrey movie which was a Hit movie in 2013 and made him known in Bollywood after that he signed and worked in many movies and Television Advertisements.

Pulkit was born and brought up in a Large Punjabi Joint Family on December 29, 1983 in shalimar Bagh, New Delhi. His father is a real estate business man. He studied upto 10th standard in Manav Sthali School in New Rajendra Nagar and completed his schooling from Montfort Senior Secondary School in Ashok Vihar. In his schooling and learning period he got a assignment of modelling. After that he quit studies and shifted to Mumbai where he joined acting course run by Kishore Namit Kapoor. He has completed his BMM (Bachelor in Multimedia)and is a product of Asian School Of Media Studies, Noida. He is engaged to Shradha Rohira, a television journalist, who he met in 2010. Rohira is also "rakhi-sister" to actor Salman Khan. Khan was even involved in the promotion of Samrat's debut film.

Samrat is started his career in 2006 for the television series Kyuki Saas Bhi Khabie Bahu Thi and he shifted delhi to mumbai in 2005. From the show Kyuki Saas... he got name in Industry for his skills and he received Best Fresh Face Award at the Indian Telly Awards and Favorite Naya Sadasya at Star Parivar Award. He is also appeared in Vaibhavi Merchants musical Theatrical Taj Epress.

He Made is debut in Bollywood through the movie Bittoo Boss in 2012, where he played a role of wedding videographer from Punjab, that movie was not so successful movie even he did'nt noticed in that movie. Thereafter he appeared in Fukrey movie he played a role of Delhi based school boy who played lottery to got admission in one of his favorite College that was his second lead actor movie which was a Hit directed and produced by Farhan Akhtar and Ritesh Sidhwani.

Recently he worked in O Teri Movie and he signed many movies for the year of 2015.

Why Book Pulkit Samrat Through ArtiseBooking?