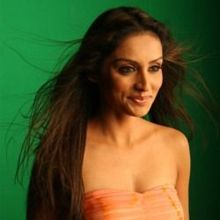 Purbi Joshi (Born: August 19, 1984) is an Indian television actress and voice-dubbing actress who speaks Hindi. It’s not an unknown fact that there’s a serious dearth of good women comedians in the Indian television industry. But Purbi Joshi has been successfully filling that void by enthralling audiences with her impersonation of Hema Malini, Aishwarya Rai, Rakhi Sawant and the likes on The Great Indian Comedy Show. “As a child I was always known for making my classmates and teachers laugh. I guess I inherited that from my mom and sisters who have a great flair for comedy,” says Purbi, adding that it was a natural progression for her to make a living out of something she used to do in her daily life, training backstage and I have been acting since I was 16 with my mother in theatre productions,” she says, adding that her childhood memories are about rehearsals and parties where actors talked about art and culture. Though Purbi’s first role was in Faasle on Sony TV, she became a known face after acting in Mehndi Tere Naam Ki as one of the sisters.