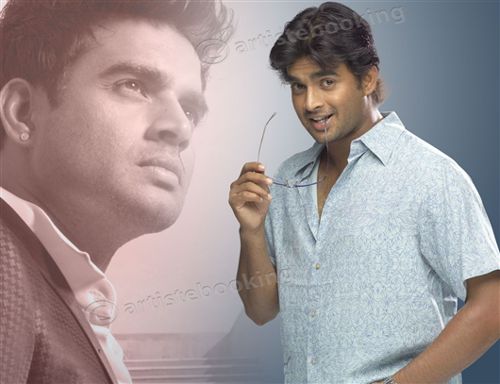 Madhavan was born on 1 June 1970 in Jamshedpur, India, to a Tamil family. His father Ranganathan was a management executive with Tata Steel whilst his mother, Saroja was a manager with the Bank of India. Madhavan began his acting career with television guest appearances, including a role on the Zee TV prime-time soap opera Banegi Apni Baat in 1996. After appearing in commercials and in small roles, he later gained recognition as the husband going through the traumas of his marriage in Mani Ratnam's successful romantic film Alaipayuthey (2000). Madhavan soon developed an image as a romantic hero with notable roles in two of 2001's biggest grossers, Gautham Menon's directorial debut Minnale and Madras Talkies' Dumm Dumm Dumm. He worked with Ratnam again in the critically acclaimed 2002 film Kannathil Muthamittal playing the father of an adopted girl, whilst he enjoyed commercial success with his role in Linguswamy's action film, Run (2002). He was cast opposite Kamal Haasan in the 2003 drama Anbe Sivam, which earned him two notable awards for supporting actor. In 2004 he gave critically acclaimed performances in the multi-starring drama Aayutha Ezhuthu and the film secured him his first Filmfare Award for the intense portrayal of a rogue. In the mid-2000s Madhavan also pursued a career in Hindi films, writing the dialogues for the comedy Ramji Londonwaley, before appearing in supporting roles in two big-budget productions, Rakeysh Omprakash Mehra's Rang De Basanti and Mani Ratnam's biopic Guru. He then won critical acclaim for his portrayal of angry man in his home production in 2007, Evano Oruvan, whilst two years later he appeared in the successful bilingual horror film Yavarum Nalam. He also played a critically acclaimed role in the 2009 blockbuster by Rajkumar Hirani, 3 Idiots, portraying a student with actors Aamir Khan and Sharman Joshi.

Why Book R Madhavan Through ArtiseBooking?