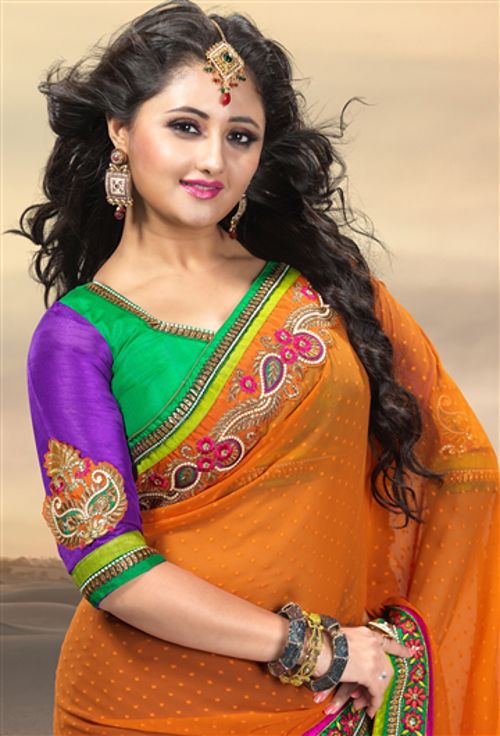 Rashami Desai is an Indain Television and Bhojpuri Actress and Model. She was born in ( August 4, 1986 ) Nagaon, Aasam, India. Her Real name is Divya Desia but she is known as Rashmi Desia and her television role "Tapasya" in Uttaran Tv Series on Colors. She has acted in Hindi, Assamese, Bengali, Manipuri and Bhojpuri Movies. She is also a Good Dancer.

Rashami was born in Nagaon, Assam, in a Gujarti Family. She completed her schooling from Ulubari High School in Assam. She is also a trained dancer in Kathak and Bharatnatyam. She started her career in Entertainment Industry with Bhojpuri Movies.

Rashami Started her career in early age from Bhojpuri Movies. She got her frist break in television from Ravan on Zee Tv and then Meet Mila De Rabba on Sony Entertainment Television and after that she worked in Uttaran on Colors as "Tapasya", from Uttaran she gained so name in Industry. She has also worked in other serials like Pari Hoon Main, Ssshhh... Phir Koi Hai.

She has featured in reality shows such as Comedy Circus, Maha Sangram, Zara Nachke Dikha, Crime Patrol, Big Money, Kitchen Champion Season 2, "Comedy Ka Maha Muqabala" and Jhalak Dikhlaja. Rashami is married to her Co-Actor of "Uttaran" Nandish Sandhu on 12 February 2012, they got married in Dholpur.

Why Book Rashami Desai Through ArtiseBooking?