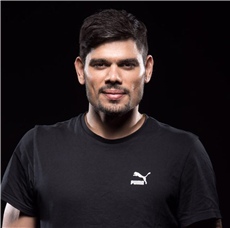 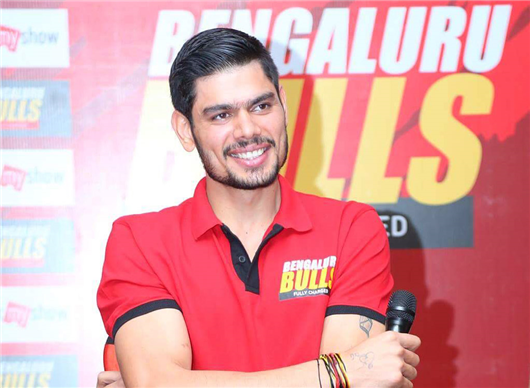 Rohit “Akki” Kumar is from Nizampur, Delhi, and has managed to become a superstar of Kabaddi in just two seasons with the PKL. He prefers to be called Akki. Why, you ask? The nickname came about because of his unending fandom for his hero, his “Khiladi No. 1”, Akshay Kumar. Not many people know this, but he also proudly sports a tattoo of Akshay Kumar on his shoulder!

At 187 cm, Rohit is quite tall and puts his height, reach and long wingspan to great use when he’s raiding. Which is why, his strength is the hand touch. Since making his Services debut in 2011, the 27-year-old raider has won the Federation Cup twice, the PKL in 2015 and has also been awarded MVP in the third season of ProKabaddi.

Kabaddi is Rohit’s calling in life. However, when he’s not playing or training, he likes to watch movies (We’re guessing a large chunk of those movies are Akshay Kumar’s), listen to music, swim and play a game of badminton.