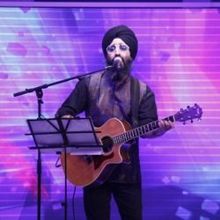 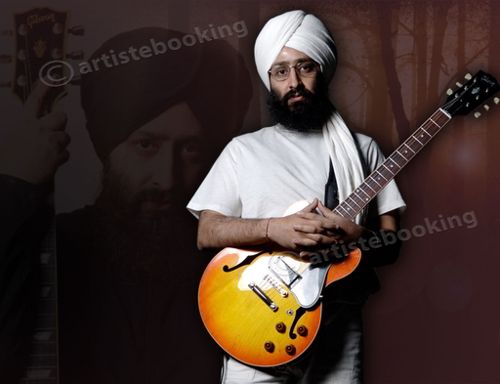 Rabbi Shergill was born in New Delhi, India in 1975, his real name is Gurpreet Singh Shergill. He is an Indian Musician, his singing style has been described as Rock, Punjabi with mild mixture of Bani melody and Sufi and Semi Sufi with lot of Western style, he is become known for his Debut Album "Bullah Ki Jaana" which make a huge success. Rabbi himself has been called Punjabi Music True Urban Balladeer. In his graduation days he is a part of local hard rock music scene, inspired by Led Zeppelin, Aerosmith, Jimmy Page, Rabbi.

Rabbi's belogs to a Sikh Family, his father was Sikh Preacher and his mother is a college principal and a Portess. He is the only son in among the five Children. He is studied at Guru Harkrishan Pubilc School in New Delhi India, and Completed his graduation from Khalsa College in New Delhi. After Copledted his gradutaion he jion the Fore School of Management but he droped out after a year.

After Completed his studies he formed a music band named as Kaffir. In his starting the band perfomed in college festivals and take participate in reality show. After some time he worked for advertisment agencies where he make jingles for advertisements. He Made jingles for Yahama RX-T and Times FM, But he is not becoming popular in that feild of advertisement.

Finally, he releasing his debut album Rabbi in 2004 under Phat Phish Records. He had Chart topper song "Bulla Ki Jaana". Most of the in the album were written and sung by himself. The Song Bulla ki Jaana Song was based on 18 century Muslim Sufi. After his debut songs huge hit he sung a song "Dilli" in Delhii Heights Moive.

On 2008 April 9, Nokia India announced that Rabbi’s new album, Avengi Ja Nahin, will be available exclusively on its Nseries range of multimedia devices for a period of one month prior to its audio cd release.The album contains nine songs and deals with issues like communal violence, social responsibility and the need for “collective morality”. He is also appeared in MTV Unplugged in 2011. He is also sing a song Yash Chopra's movie "Jab Tak Hai Jaan" "Challa" which is also a huge hit. In March 2012 he Released his Third Album "III".

Rabbi’s music has been inspired by Rock,Hard Rock as well as Sufi and Punjabi folk music. His favourite musicians include Bruce Springsteen, Led Zeppelin, Aerosmith, and Jimmy Page.

Why Book Rabbi Shergill Through ArtiseBooking?