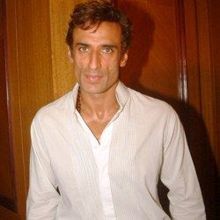 No one could play the character of “Nachattar Singh Virk” better than this guy in Dharti (2011). The angry tough looking mutant with a tender heart, in search of his past, made Rahul Dev a star of Punjabi Cinema. Born in Delhi to a former police commissioner of delhi, Dev studied in St. Columba's School, Delhi. Dev described zoos as "nothing more than animal prisons maintained for human amusement." "If you love animals, let them live with their families in the wild, where they belong." He started his career as an actor in bollywood film Jurmana. The character of Nachattar singh virk in Dharti made him famous. His latest villain role in Mirza : The untold Story, has depicted him as a greatest villain hero in 21st century Punjabi cinema.

Why Book Rahul Dev Through ArtiseBooking?