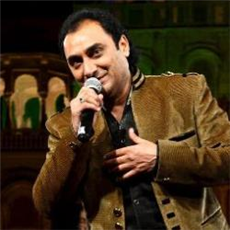 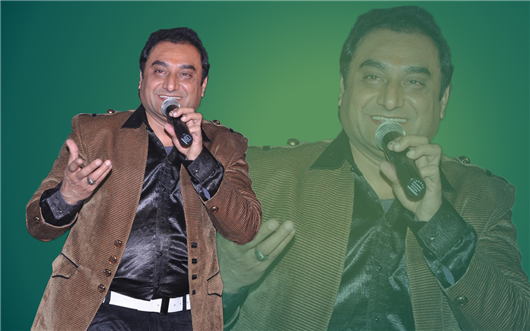 He was born in the small village of Nagina, Bijnor, Uttar Pradesh, and climbed up the ladder of success by sheer wit and comedy shows. He did his schooling in Shashtri Nagar, Ghaziabad and graduated from Hindu College, Muradabad. He recently appeared in the popular TV programme "The Great Indian Laughter Challenge" which was a roaring success. The best comedy is to laugh at oneself," says he. Though he could not make up to the finals, this instant laughter experience made him very popular.
"It was Laughter Champion Part-III and I was fortunate to perform in front of those legendary personalities," he said. After this  programme he did a satirical comedy programme 'Just Laugh Baki Maf for a popular TV news channel. Through this programme he presented a lot of satire on different socio­political issues.

He is a great admirer of Indian standup comedian Johnny Lever and Pakistani comedian king –Umar Sharif. As an admirer of these two legends, I want to take up social-disparity in my various stage performances either in the form of words or in humorous ways, he said. Now he is busy in different TV live shows and stage programmes. About his stint with the TV, he replies, "So far, I have done a few TV serials like Miss Chanchal, Meri Kahani, Masiha, Hum Ek Hain, Filmonia and one Telefilm "Ruk Ja Payal' but the latest appearance in comedy show has given me a proper platform to showcase my talent. In fact, I am an introvert and think about the seriousness of life. Sometimes I used to jot down my feelings in the form of poetry. As inner outburst these feelings and emotions emerge in a satirical way. I am satisfied with the pleasing smile of my audience since my social satires make them laugh. This is priceless to make anybody laugh since this is the time when everyone is suffering from depression and frustration."
He has received several awards for his marvellous performances but for him Rising-Day, annual programme of the Delhi Police, has been the much valued award since it was conferred on him for his best stage anchoring. Before this, he was hounoured by the Chief Ministers of Delhi, Himachal Pradesh and Uttrakhand for his excellent stage appearances.

Rajeev Malhotra done Anchoring & Standup Comedy with so many celebrities:

Why Book Rajeev Malhotra Through ArtiseBooking?