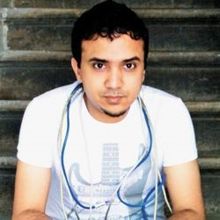 Ram Sampath (born 1977) is an Indian composer, music producer and musician, who started his career composing advertising jingles for Mumbai-based advertising industry, subsequently he started composing for pop albums like Tanha Dil (2000) by Shaan, before composing for films like Delhi Belly (2011) and Talaash (2012)
Born to a Tamilian father and Kannadiga mother, Sampath grew up in Chembur, Mumbai where he did his schooling from OLPS High School. Both his parents were musically inclined, while his grandfather TV Ramanujam, was one of the founder of Shanmukhananda Hall, a cultural centre in Sion, Mumbai, established in 1952. Thus his ancestral house, was frequented by leading musicians and singers of Carnatic music. Later on, he too learnt Carnatic music for eight years. After his schooling he studied commerce at Podar College, Mumbai, where he played keyboard in a rock band.

Why Book Ram Sampath Through ArtiseBooking?