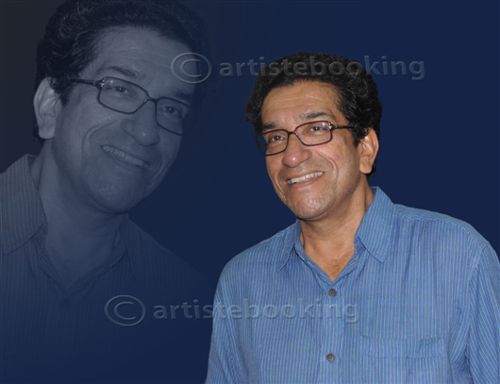 Sabyasachi is an Bengali Actor. He was born on 8 September, 1956 in Calcutta, India. He is aslo known as Benu. He is one of the most talented actor of west Bengal. He also won two awards for his word in Entertainment Industry in Bengala.

He was born on September, 8 1956 in Calcutta, India. His parents Jagadish Chandra Chakrabarty and Monica Chakrabarty. His parents used to call him Benu also. Benu completed his higher Secondary Examination from Andrew's High School Kolkata. He also completed his B.Sc from Hansraj College, Delhi University. Sabyasachi got married in 1986 to Mithu Chakrabarty, who is also a popular face in the Bengali entertainment industry. He has two sons Gaurav and Arjun, both of whom are talented upcoming actors.

Sabyasachi's first mainstream work was a lead role in the 1987 TV series Tero Parbon for Kolkata Doordarshan channel. Tero Parbon was a critically acclaimed series with a memorable soundtrack in which his role as the character Gora was well-received and made him fairly popular in his early days of acting.

He made his movie debut in Tapan Sinha’s film Antardhan in 1992. He continued to work in several television series and shows (mostly in Bengali). He has directed many TV shows and some shows for children. His role as Feluda in Jotokando Kathmandutei, Baksho Rahashya, Bombaiyer Bombete, Kailashey Kelenkari, Tintorettor Jishu and Gorosthaney Sabdhan have reinstated the nostalgia surrounding Satyajit Ray’s Feluda series. His roles in Antardhan, Sweth Pathorer Thala, Mahulbanir Sereng, Parineeta (Hindi), Nishijapon Raj Kumar Santoshi's cop drama Khakee and Mira Nair's The Namesake amongst others have earned him wide recognition. He got involved with Charbak theatre group in 1983. He has worked in a number of Hindi movies and TV shows as well.

In 2002 Chakrabarty was awarded the Best director award for Ek Je Aachhe Kanya and in 2004 he was again awarded Best Actor for his performance in Bombaiyer Bombete by Anandalok Awards. In 1996 he received the Best Actor award for his performance in Kakababu Here Gelen and, again, in 2005 he was awarded Best Actor for his role in Mahulbanir Sereng, by Bengal Film Journalists' Association Awards (BFJA). Sabyasachi Chakrabarty has been the recipient of the Best Actor award in a Supporting Role by the BFJA in 1995, 2000 and 2003. He is also a recipients of Kalakar Awards.

Why Book Sabyasachi Chakrabarty Through ArtiseBooking?