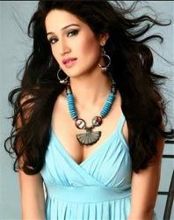 Sagarika Mukherjee is an Indian Singer and Actress. She was born in a Bengali Hindu Kulin Brahmin family on 4 September, 1970.

Before going solo, she was half of a popular Indian Duet wit her younger brother Shaan with whom she released albums such as Q-Funk, Roop Inka Mastana and Naujawan. She released the ablum Maa after going solo. Her albums It's All About Love was released in 2006 by Universal Distribution.

She collaborated with Pakistani band Strings on the song "Pal". It is featured in the band's fourth album Dhaani.

Why Book Sagarika Mukherjee Through ArtiseBooking?