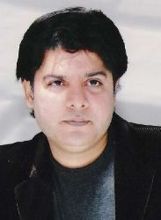 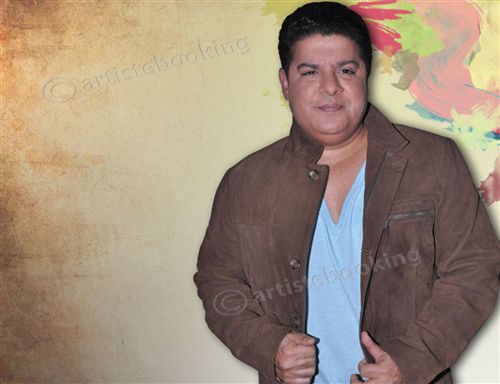 Sajid Khan (born Sajid Kamran Khan on November 23, 1971 in Mumbai, Maharashtra, India) is an Indian film-maker, actor, film director, script writer, talk show host and presenter and the younger brother of Bollywood choreographer and director Farah Khan. Khan started his TV career by the show called Kehne Mein Kya Harz Hai. He started his directing career with Darna Zaroori Hai and then made Heyy Babyy, Housefull, Housefull 2 and Himmatwala remake. Khan was the host of the talk show Sajid's Superstars, aired on the Indian TV channel "Colors". Its first season was aired in between July 2008 till October 2008. He had also hosted some of MTV India's chat shows and presented several award ceremonies, including Star Screen Awards for four times. A Director–producer Ashutosh Gowarikar criticized the way the show was presented by him in the Star Screen Awards 2008 ceremony. Now he is a judge of Nach Baliye Season 5 alongside Terrence Lewis and Shilpa Shetty,It has allowed him in the Grand Finale to welcome his stars of Himmatwala. He was in a relationship with Jacqueline Fernandez but after few months of dating, the couple called it quits.

Why Book Sajid Khan Through ArtiseBooking?