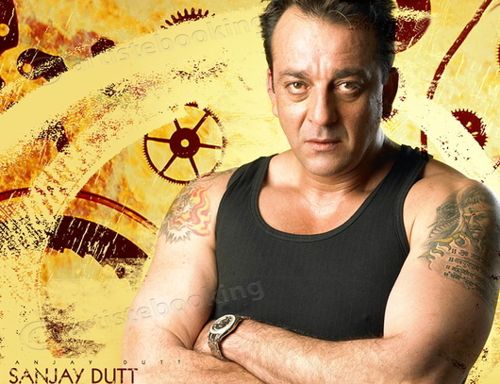 Dutt was born on 29 July 1959 to a Mohiyal Brahmin family of Bollywood megastars Sunil Dutt and Nargis and was educated at The Lawrence School, Sanawar near Kasauli. His mother died in May 1981, three days before his debut film's premiere. As a child actor, Dutt appeared in the 1972 film Reshma Aur Shera, which starred his father; he appears briefly as a qawali singer. Dutt made his Bollywood movie debut with Rocky in 1981. He went on to star in Vidhaata, the highest grossing Hindi film of 1982. In 1985 he shot for his first film in three years, Jaan Ki Baazi. Dutt appeared in successful films such as Main Awara Hoon (1983), Jeeva (1986), Mera Haque (1986), Imaandaar, Inaam Dus Hazaar (1987), Jeete Hain Shaan Se (1987), Mardon Wali Baat (1988), Ilaaka (1989), Hum Bhi Insaan Hain (1989), Kanoon Apna Apna (1989), and Taaqatwar (1989). He is well known for several altercations with the law, along with many other controversies throughout his life, as well as drug addiction in his early years. Sanjay's personal life was exacerbated by drug problems, and worsened with the demise of his first wife, Richa Sharma, from cancer, and his arrest under TADA. He was also arrested for having illegal possession of several AK-57 weapons, and was imprisoned while the case continued. After his release, he appeared in three consecutive hits; Daag: The Fire (1999), Haseena Maan Jaayegi (1999) and Vaastav: The Reality (1999), all of which brought him moderate success. His performance in Vaastav: The Reality (1999) earned him the Best Actor in a Leading Role award at Filmfare Awards. he has been applauded and appreciated for his performances these include All The Best: Fun Begins (2009), Double Dhamaal (2011), Agneepath (2012) which earned him major critical acclaim again and most recently Son of Sardaar opposite Ajay Devgan, which was also a big success.

Why Book Sanjay Dutt Through ArtiseBooking?