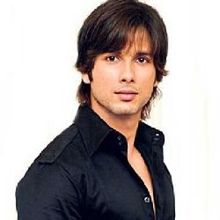 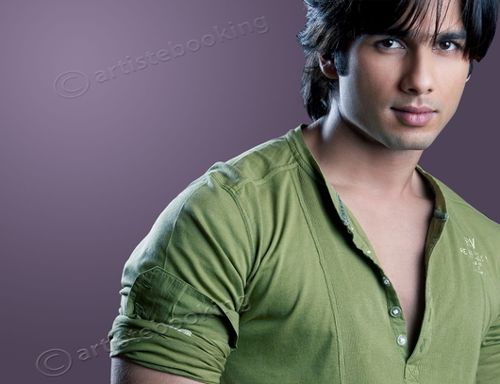 Shahid Kapoor (born 25 February 1981) is an Indian actor who appears rs in filmStarting off his career by working in music videos and advertisements, Kapoor made his Bollywood debut in Ishq Vishk (2003) and won a Filmfare Award for Best Male Debut for his performance. Following through with films like Fida (2004) and Shikhar (2005), he had his first major commercial success with Sooraj R. Barjatya's Vivah (2006), his biggest commercial success, and followed it up with Jab We Met (2007) and Kaminey (2009), both of which earned him Best Actor nominations at the Filmfare ceremony Kapoor was born to actor Pankaj Kapur and actor/classical dancer Neelima Azeem on 25 February 1981. Kapoor's parents divorced when he was 3. He continued living with his mother and maternal grandparents in Press Enclave, Saket in Delhi. He shares a cordial relationship with his father and stepmother Supriya Pathak. As far as his religious affiliation is concerned, Kapoor has stated he is Muslim, being solely raised by his mother and maternal grandparents. Kapoor's last release of 2006 was Sooraj R. Barjatya's romantic drama Vivah, a film depicting the journey of two individuals from engagement to marriage. Co-starring alongside Amrita Rao, the film was received favourably by most critics and became one of the highest grossing films of the year as well as Kapoor's second biggest commercial success to date. Kapoor's performance earned his second consecutive nomination for Best Actor at the Star Screen Awards. Taran Adarsh wrote, "Shahid Kapoor performs like never before. If he was super-cool in Ishq Vishk and showed flashes of brilliance in Fida, you've to watch him in Vivah to see his growth as a tremendous actor. He is exceptional in emotional sequences. In June 2012, Kapoor appeared in Kunal Kohli's Teri Meri Kahaani opposite Priyanka Chopra. The film was released on June 22, 2012, to mixed to positive reviews from top critics. However, Kapoor's performance was generally well received. As of May 2013, Kapoor is shooting for two films; the first being Rajkumar Santoshi and Ramesh Taurani's masala entertainer, tentatively titled Phata Poster Nikla Hero opposite Ileana D'Cruz, and the other being Prabhu Deva's Rambo Rajkumar, opposite Sonakshi Sinha. Both films are expected to release by the end of 2013. Kapoor has also signed Bejoy Nambiar's next untitled film, which is expected to go on floors at the end of the year.

Why Book Shahid Kapoor Through ArtiseBooking?