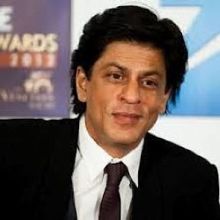 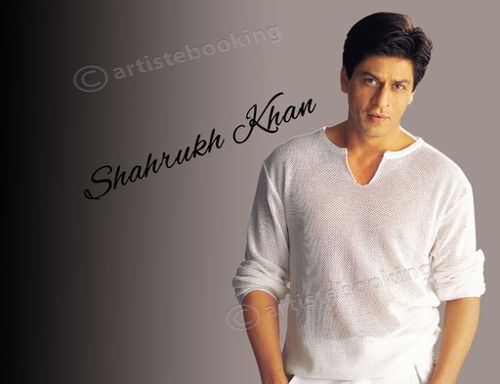 Shahrukh Khan (born 2 November 1965), often credited as Shah Rukh Khan and informally referred as SRK, is an Indian film actor. Referred to in the media as "Badshah of Bollywood", "King Khan" and "King of Romance", Khan has acted in 75 Hindi films in genres ranging from romantic dramas to action thrillers. His contributions to the film industry have garnered him numerous achievements, including fourteen Filmfare Awards from thirty nominations. His eighth Filmfare Best Actor Award win made him the most awarded Bollywood actor of all time in that category, tied only with actor Dilip Kumar. In 2005, the Government of India honoured him with the Padma Shri for his contributions towards Indian cinema. After graduating with a bachelor's degree in economics, he started his career appearing in theatre and several television serials in the late 1980s and later made his Hindi film debut in 1992 with Deewana. Early in his career, Khan was recognised for his unconventional choice of portraying negative roles in films such as Darr (1993), Baazigar (1993), and Anjaam (1994). He later rose to prominence by playing a series of romantic roles in the films Dilwale Dulhaniya Le Jayenge (1995)., Dil To Pagal Hai (1997), and Kuch Kuch Hota Hai (1998). The commercial success of these films earned him the tag of "the King of Romance". Khan then subsequently earned wide critical appreciation for his portrayal of a NASA scientist in Swades (2004), a hockey coach in Chak De! India (2007), and as the titular character in My Name Is Khan (2010). 12 of the films he has acted in, have accumulated gross earnings of over INR100 crore (US$17 million) worldwide, making him one of the most successful leading actors of Hindi cinema. Khan is the co-founder of Dreamz Unlimited, a production company and occupies the position of co-chairman of the motion picture production and distribution company Red Chillies Entertainment and the animation studio Red Chillies VFX. He is also co-owner of the Indian Premier League cricket team Kolkata Knight Riders. The year 2007 marked his debut as a television presenter with the Star Plus gaming show Kaun Banega Crorepati. Khan is often labelled by the media as "Brand SRK" due to his various brand endorsement and entrepreneurship ventures. He is also a regular stage performer and award ceremony host and has been involved in philanthropic endeavors related to Health care, relief funds and children's education, for which he was honoured with the UNESCO's Pyramide con Marni award in 2011. Khan is considered to be one of the biggest film stars in cinematic history, with a fan following claimed to number in the billions; in 2011, the Los Angeles Times called him "the world's biggest movie star." He has also been regularly featured in the listing of the most powerful names in Indian Cinema and in 2008, Newsweek named him one of the 50 most powerful people in the world. Khan has an estimated net worth of over US $600 million(INR25 billion).

Why Book Shahrukh Khan Through ArtiseBooking?