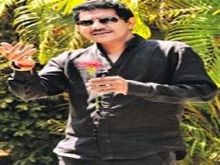 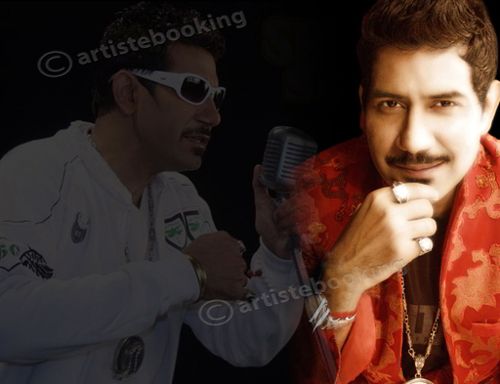 Shankar Sahney has promoted Indian folk music in different part of the word as well as in India and has shared the stage with VENGABOYS. He was born in the musical family, is a proponent of KIRANA GHARANA. He was initiated in the world of Sur and Taal at the green age of three. He was trained under the watchful eye of his father Prof. Tej Bahadur Sahney, head of the music department. Govt. College. Since the age of five, Shankar has been performing on Radio and Doordarshan shows. In the ensuing years, his raw talent was honed by countless hours of Riyaaz. After finishing school; however, he studied to become a chemical engineer, and embarked upon finding a place for himself in the same field. However, the seed of music, sown too deep in his being, he was back to his first love music. A large part of his college years were spent in studios, recording as a guitarist and a singer in over 500 albums. He has released more than 17 music albums. He has to his credit a popular number Machhli hai oye, which became rage in Punjab and overseas. After giving super hits like KUDI KURMARI, OYE TERA KYA KEHNA, YAARI YAARI and JAT LUTEYA GAYA from FILM CHAMPION for SUNNY DEOL, Yaar mangya see rabba ro ke, and kudiyaan, HO GAYA PYAAR, GLASSY. He has done more than 1000 shows in India and Abroad and has received more than 100 music and television awards. He has done a very successful tour of United Kingdom, Indonesia, Canada, U.A.E. and U.S.A. His earlier videos were directed and choreographed by a galaxy of highly talented and famous professionals of the Mumbai industry, such as the inimitable Saroj Khan, Shaimak Davar, Himanshu Saini.

Why Book Shankar Sahney Through ArtiseBooking?