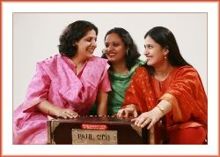 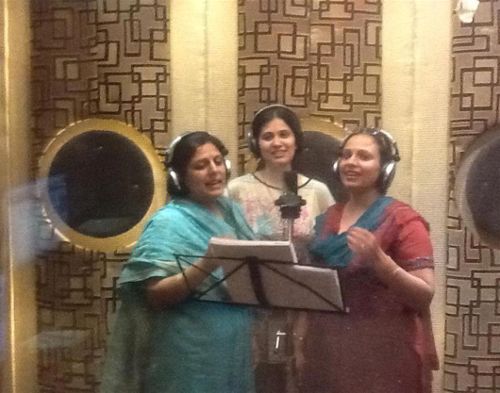 Madhuri, Kirti and Vidhi make up the talented trio of the Sharma Sisters. Madhuri, the first born, began singing at a tender age of three. Her younger siblings, Kirti and Vidhi also began their musical journey at a very young age.  The sisters took their first lesson in music from their grandfather Pandit Krishan Lal Sharmaji and later received training from their father Shri Madan Mohan Sharma. The sisters are trained in Indian Classical music. They have also learnt light music under the tutelage of Shri Mohinder Sareen, renowned music director with All India Radio, the National Broadcaster.  Besides having delivered over 1,000 performances across the country, the sisters have also rendered their voice for various devotional and other light music albums. Madhuri, Kirti and Vidhi have also recorded for Doordarshan and various other television channels. All through their journey they have been highly encouraged and supported by their mother, Smt Mohini Sharma who has been a pillar of strength and inspiration.

Why Book Sharma Sisters Through ArtiseBooking?