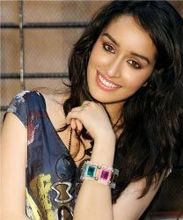 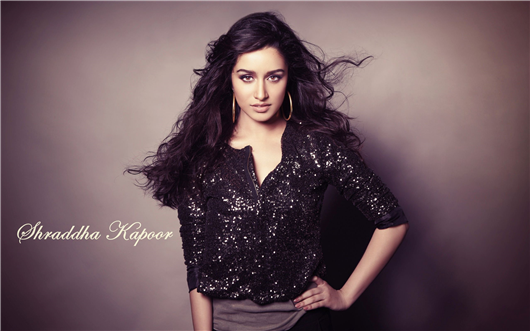 Shraddha Kapoor is an Indian Bollywood Actress. She was Born in Juhu, Mumbai, Maharastra, India on March 3, 1987. She is the daughter of the Bollywood Villain Shakti Kapoor. She made her debut in Bollywood in 2010 through movie Teen Patti, which she was nominated for The Best Female Debut Award and after that she appeared in Luv Ka THe End in 2011. In 2013 she become more popular for her performances in movie Aashiqui 2 which was her first successful movie in Bollywood, again she nominated for the best Actress Award by Film fare.

Sharaddha Kapoor was born in Mumbai Maharastra in Bollywood Actor Shakti Kapoor and Shivangi Kapoor Family, she brought up in mixed ethnic family of Punjabi and predominantly Marathi ancestry. Shraddha has a brother and two aunts Padmini Kolhalpure and Tejaswini Kolhallpurea are actor in Bollywood. she completed her schooling at Jamnabai Narsee School and American School of Bombay. She later learnt diction and acting under Mohit Tugnait at home. The Kapoor girl recently became the brand ambassador for the cosmetic giant Lakme.

Shraddha made is debut in 2010 through Teen Pati with Amitabh Bachchan, Ben Kingsley and R. Madhavan, in this movie she played a college girl for this movie she was nominated for the best debut actress in Bollywood. After that she worked in Luv Ka The End under the Yash Raj Banner with Taaha Shah, that movie was not so successful in industry but Shraddha got mixed reviews most of the critic appreciated her work in industry.

In 2013 Shraddha worked with Aditya Roy Kapur in Aashiqui 2, In this her Character was Aarohi Keshav Shirke is a Small Town city girl and worked as bar singer, who become a successful playback singer in this with the help of "Rahul Jaykar" portait by Aditya Roy Kapur. The movie was major successful in box office with the world wide collection by this is 1.09 Billion. After that Shraddha become well known in Industry for her acting and she also got the Film fare Awards Best Actress Award. Other then movies she supported charitable organisations and performed in stage show. She also performed in fund raising event.

She is the brand ambassador of many products such as Lakme, Wella, Vaseline, Gitanjali and Titan. In 2013 she was the one of the actress who most wanted names in industry of advertisement.

Kapoor is simultaneously filming for two projects—Ekta Kapoor's production The Villain (her second collaboration with Suri) where she will feature opposite Sidharth Malhotra, and Vishal Bhardwaj's adaptation of William Shakespeare's Hamlet titled Haider, with Shahid Kapoor, Irrfan Khan and Tabu. In late 2013, a poll conducted by FHM India ranked Kapoor 5 on 100 Sexiest Women In The World 2013.

Why Book Shraddha Kapoor Through ArtiseBooking?