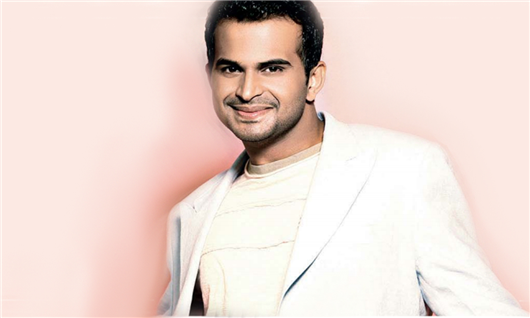 He is one of India's most sought after EMCEE, TV/Radio host & voice over professional !

Like Shahrukh Khan says- "Sid K's voice, versatility, charming stage persona,energy & sense of humour makes him one of the most popular talents in the Indian entertainment industry!"

Sid K, as he is popularly known as, is considered as one of the Pioneers and Trendsetters in FM radio, starting his career at the age of 14 with Times FM. He is in the Limca Book of Records for being the youngest RJ on FM radio. He has received a number of awards including the 'Best Radio Host' -6 times !

In 2014, he was one of the hosts of "Star Sport Pro Kabaddi" and in the same year he was the host of the inaugural season of the Champions Tennis League on Sony Six. He received a lot of appreciation on air from tennis stars like Venus Williams, Martina Hingis and Leander Paes. Siddharth's refreshing way of blending sports with entertainment become very popular with the viewers.

In 2010,Sid started his next TV show "See Taare Mastiii Mein" An "A list" celebrity chat show on Mastiii. Every big star in the Bollywood Industry has come on his show and he has become a favorite amongst them because of his unique effortless style of making them talk. This show truly stands out because of Sid's fun quotient and his rapport with stars makes them confess and make a lot of revelations.

He hosted one of the highest rated shows on Zoom for 3years- 'Santa Banta Unlimited'! This was considered as one of the funniest Bollywood shows on TV.

He has hosted "The IIFA Weekend Extravaganza" events for last 3 yrs, "The Femina Miss India", "Teachers' Achievements Awards", Official Commentator for the "Afro Asian Games", "Ford Supermodel" and has done gigs with almost every Bollywood star!!!

One of the most sought after voice over professionals, Sid K is the official voice of "IIFA" - one of India's biggest award ceremonies and is lending his voice to numerous high profile TV commercials and promos!

Aamir Khan says-'Sid K's commitment and passion towards his craft is inspiring ! He takes creativity to the next level !'

Sabas Joseph,Founder Member,Wizcraft-'Sid K is one of most versatile,spontaneous & power house anchors! Be rest assured if he is on stage,your event will be a sure shot success!'

Roshan Abbas,MD,Encompass-'As versatile as they come and a real live wire ! Sid K is a voice & personality to reckon with..Live events,TV or Radio,he can add immensely to any medium !'

Hrithik Roshan-'He has the voice,personality, wit & the ability to understand audience sensibilities..that sets him apart from the rest !'

He is one of India's most respected Film Critics whose opinions are valued by Bollywood.

He is hosting a fun celebrity chat show with the 'A listers of Bollywood' - ('See taare Matiii Mein' on Mastiii channel).

And on Radio, he is hosting one of the highest rated celeb chat shows 'Oye Talkies' on Oye 104.8 FM!!!

Why Book Siddharth Kannan Through ArtiseBooking?