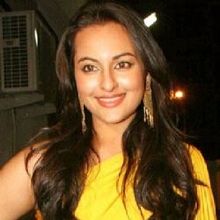 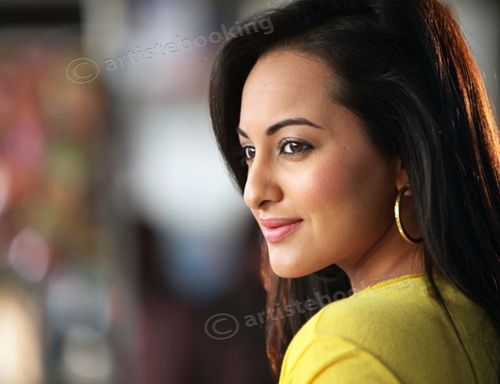 Sonakshi Sinha is an Indian Bollywood Actress. She was born on June 2, 1987 in Patna, Bihar, India. She is the daughter of bollywood well know and famous actor and politician Shatrughan Sinha and Poonam Sinha. Sonakshi basically worked in Indian Bollywood Movies. She made he debut in bollywood with Salman Khan Staring Dabangg in 2010. Through her perfomance in Dabangg She got all positive reviews, and she also got The Filmfare Award for Best Female Debut. After that she appeared in many movies as lead actress. She aslo walked on ramp before came in Bollywood.

Sinha was born on 2 June 1987, to actors Shatrughan Sinha and Poonam Sinha. She is the youngest of three children with twin brothers, Luv Sinha and Kush Sinha. Sonakshi completed her schooling from Arya Vidya Mandir in Mumbai and graduated in Fashion Designing from Shreemati Nathibai Damodar Thackersey Women's University, Mumbai, Maharashtra, India.

Sinha started her career as costume designer, designing the costumes for films like Mera Dil Leke Dekho in 2005, and she also walked on ramp at lakme fashion week in 2008 and 2009.

She made her acting debut in 2010 with the film Dabangg with her co-actor Salman Khan. The film went on to become the highest grossing films of 2010, and ultimately emerged as an all time blockbuster. Her performance was well received by everyone. After that Sonakshi has signed many movies like Rowdy Rathore, Son Of The Sardar and she aslo performing again in Dabangg 2.

Sinha is a professed animal lover, and she posed for a PETA campaign advocating the adoption and sterilization of dogs and cats. Recently She appeared in Holiday movie starring with Akshay Kumar, her upcoming movies are Tevar, Action Jackson, Lingaa with Rajnikanth's Directed by KS Ravikumar and A.R. Rahman.

Why Book Sonakshi Sinha Through ArtiseBooking?