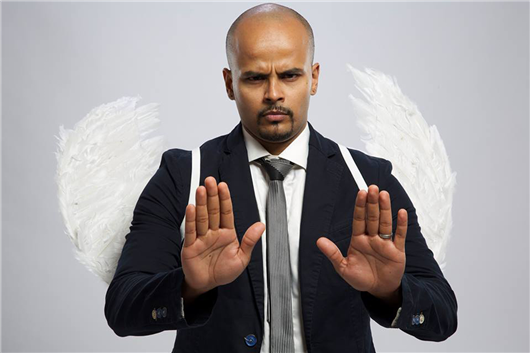 Sorabh Pant is an Indian stand-up comedian and writer. Sorabh Pant is one of India's successful comedians, having done over 250 shows in over 17 cities. He has been rated amongst India's top 10 stand-up comedians byThe Times of India. The Bollywood actor Hrithik Roshan has dubbed him as "the funniest guy on stage". In a poll byIBN Live in March 2012, he was listed No. 1 in the 30 most interesting Twitter users in India.

Pant started off as a writer for TV. In March 2008, he met Vir Das and they did a show together, on CNBC-TV18 called, 'News on The Loose'. His career in comedy took off when he started as the opening act for Vir Das's show, 'Walking on Broken Das', later that year. After working with Das for three-and-a-half years, he did his first solo act at HQ. In November 2009, he became one of just three Indian comedians to hit auditoriums with his solo show, "Pant on Fire". In July 2011, when Wayne Brady toured India, Pant did the opening act for him. In November 2011, Pant opened for American actor and comedian, Rob Schneider on his India tour.

Pant released his debut novel 'The Wednesday Soul' in December 2011.

Why Book Sorabh Pant Through ArtiseBooking?