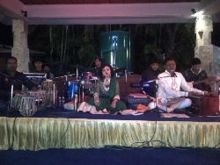 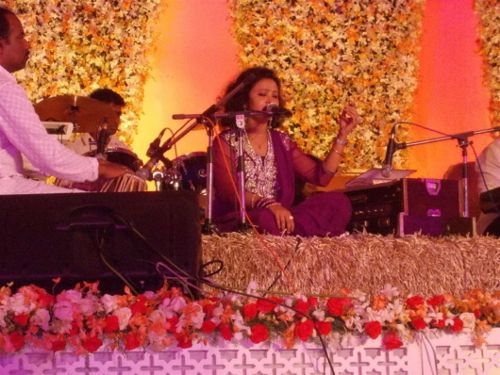 Sufi music is the devotional music of Sufi, inspired by the works of Sufi poets. And Qawwali is the most well known form of Sufi music and very common in India and Pakistan. It’s true that Sufi music remained untouched since its inception but with the great hit songs such as “Ishq sufiyana”, “Jashn-e-Bahare”, “Khuda” has changed that perception and now sufi has become new kind of music that is catching the attention of everyone whether it is youth or older generation.

We would like to name some sufi legends such as Nusrath Fath-e-Alli Khan, Abida Parbeen, Rahath Fathe-e-Ali Khan who all have been a great inspiration for all of us; trying to learn and uphold the sufi music.

She came down to HYD on 2003 and since then she has been giving her stunning performances. She shared stages with many Bollywood singers and won recognition from them. She also has performed individually across India and abroad and got appreciated for her Sufi singing. Soumi always wanted to have her own troop and she met with most renowned musicians in Hyderabad and formed a band. This band has been performing with Sufi and Bollywood singers since several years and has received great acclaim for its creativity and playfulness and was considered to be one of Hyderabad’s most prominent band.