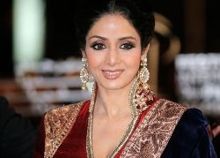 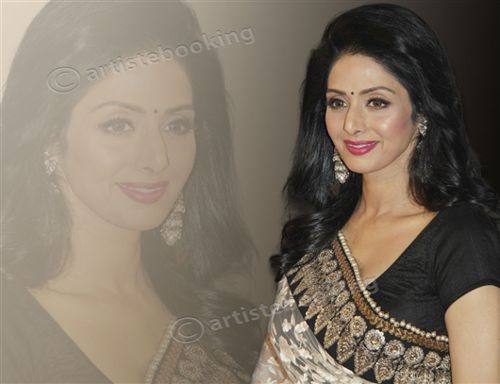 Sridevi Kapoor, born 13 August 1963, known mononymously as Sridevi), is an Indian film actress who has worked in Tamil, Telugu, Hindi, Malayalam and a few Kannada films. Often noted for her splendid acting and mesmerising dances, Sridevi appeared in range of movies from comedy, drama, action to thriller, superhero and romance. She is cited as the First Female Superstar of Hindi Cinema,one of the most beautiful and graceful actress of all time. Sridevi is widely regarded as one of the most iconic actresses one of the longest reigning leading ladies and one of the greatest and most influential actresses of Bollywood. The emergence of Sridevi as The First Female Superstar of Bollywood has been chosen as the leading defining moment in 100 years of Indian cinema and NDTV described her as a National Treasure. She started her career as a child artist in M.A. Thirumugham’s devotional Thunaivan at the age of four, and continued to act as a child artist in Tamil, Telugu, Malayalam and Kannada films. She made her Bollywood debut as a child artist in the hit Julie (1975) and played her first adult role at age 13 in Moondru Mudichu (1976). Sridevi quickly established herself as the leading actress in the South Indian industry with roles such as 16 Vayathinile (1977), Sigappu Rojakkal (1978), Varumayin Niram Sivappu (1980), Meendum Kokila (1981) and Moondram Pirai (1982). However her national success came in Bollywood. Making her debut as a leading lady with Solva Sawan (1978), she gained wide public attention with blockbuster movie Himmatwala (1983). She appeared in a string of commercially successful movies like Mawaali (1983), Tohfa (1984), Masterji (1985), Karma (1986), Mr. India (1987), Waqt Ki Awaz (1988), Chandni (1989). She also received critical acclaim for commercially successful movies like Sadma (1983), Nagina (1986), ChaalBaaz (1989), Lamhe (1991), Khuda Gawah (1992), Gumrah (1993), Laadla (1994), Judaai (1997). In 2012, Sridevi returned to films after a 15 year long hiatus with English Vinglish and became the only actress in the history of Hindi Cinema to make a highly successful comeback. In 2013 Government of India awarded her Padma Shri, the fourth highest civilian honor. She was also voted 'India's Greatest Actress in 100 Years' in a CNN-IBN national poll conducted in 2013 on the occasion of the Centenary of Indian Cinema. In her career, Sridevi has won five Filmfare Awards including a Filmfare Special Award .

Why Book Sridevi Through ArtiseBooking?