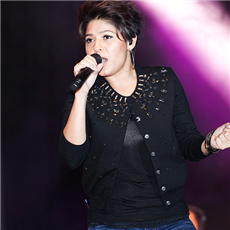 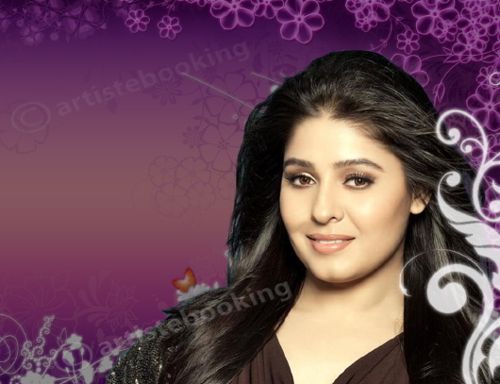 Sunidhi Chauhan in an Indian Playback Singer. Her real name is Nidhi Chauhan, officially known as Sunidhi Chuahan. She was born in ( 14 August, 1983 ) New Delhi, India. Sunidhi best known for hindi film song in Bollywood, she record in many languages as Oriya, Urdu, Punjabi, Marathi, Tamil, Telugu, Malayalam, Bhojpuri, Bengali, Assamese, Gujarati and Nepali. She is one of the most popular singer in Indian Music Industry.

Sunidhi belonged to a New Delhi based family, and she doesn't belonged to any muscial family. She started singing in her childhood, when she was four year old, she was singing in a Temple, Delhi. She did her early studies from Greenway Modern School, Dilshad Garden in New Delhi. In Between her studies she also learnt music, there after she began to participate in singing competitions and local gathering. Her talent firstly spotte by an famous anchor Tabassum, She gave her chance to sing in her show namely as Tabassum Hit Parade and Tabassum encourge her talent and asked her parents to shift Mumbai. When She came Mumbai Tabassum introduce her to Kalayani and Ananda Ji Bhai. Kalyani and Anand her chance to sing her as lead sinnger in "Kalayani Little Wonders" troupe.

She become known through the music show "Meri Awaj Suno" which was broadcast through the national television, Doordarshan. She won the show and record an album Aira Ghaira Nathu Khaira with HMV. But the album was not promoted because her album was considered as child album. That album was not help her and nothing to happened for some time, then she decided to to choose singing as her career.

On April 27, 2012, Sunidhi Chauhan married childhood friend and music composer Hitesh Sonik at a low profile wedding ceremony in Mumbai, but the reception the couple threw saw some colleagues from the industry in attendance. Asha Bhonsle, Kavita Krishnamurthy, Smita Thackeray, Alka Yagnik, Konkona Sen Sharma were spotted at the reception.

Chauhan started her career in singing form bollywood movie Shastra in 1996. After that Aadesh Srivastava asked her to lent her voice to the song Larki Deewani Dekho, Ladka Deewana. She become known by The Ram Gopal Varma's Film Mast for the song "Ruki Ruki Si Zindagi", she has been nominated for fourteen Filmfare Award. After that she worked for many films like Gang, Veergati, Dahek, Bade Dilwala, Raja Ki Aayegi Baraat and Samar. By the age of nineteen, Chauhan had lent her voice to over 350 songs.

In February 2007, as part of its marketing campaign and launch of Windows Vista in India, Microsoft hired Sunidhi Chauhan to sing the "Windows Vista Song" titled "Wow is Now". This song features English and Hindi lyrics proclaiming the many 'glamorous' features of the Windows Vista operating system. She also worked with Enrique Iglesias, sing a song namely Heartbeat.

Why Book Sunidhi Chauhan Through ArtiseBooking?