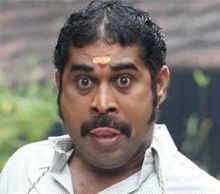 Suraj Venjaramood is an Indian film actor and impersonator who has starred in over 100 Malayalam films. He mainly plays comedy roles, though he has played some character roles as well. He is a three-time recipient of the Kerala State Film Award for Best Comedy Artist. In 2014, Suraj received the National Film Award for Best Actor for his performance in the Malayalam film Perariyathavar.

Why Book Suraj Venjaramoodu Through ArtiseBooking?