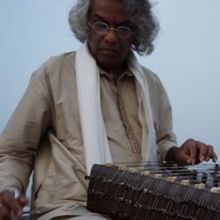 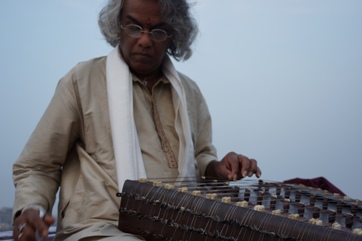 Pandit Tarun Bhattacharya is an Indian classical musician who plays the santoor, a type of hammered dulcimer. He has learnt from Ravi Shankar.

Tarun Bhattacharya was born on 23 December 1957 in Howrah ( the twin city of Calcutta, India. A commerce graduate fro one of the most reputed colleges of Calcutta, young Tarun followed the call of his heart i.e. music after a few brief years of professional life. His early talim (music instructions) was from his father Rabi Bhattacharya, honed his skills under the strict vigil of Pt. Dulal Roy and finally the culmination of his learning curve was when the greatest musical icon of India to the world stage Bharat Ratna late Pt. Ravi Shankar accepted young Tarun as his only disciple on Santoor of the Maihar Gharana.