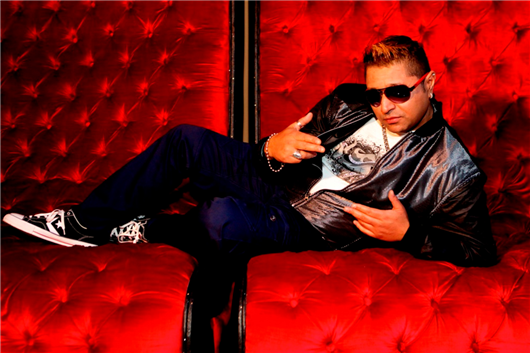 Tarsame Singh Sainiaka Taz (Stereo Nation)[3] born 23 May 1967, Coventry, West Midlands, United Kingdom), is a British singer, composer and actor of Indian descent. He is the lead singer of the pop band Stereo Nation which was formed in 1996. Formerly known as Johnny Zee, he is credited with being the pioneer of cross-cultural Asian fusion music.

Career
He first hit the charts in 1989 with the album “Hit the Deck” which spent over 36 weeks on the UK Asian pop charts at number one. The album was produced by the former vocalist in The Specials, Neville Staple. He went on to produce many albums in the 1990s and early 2000s which were hugely successful. To date, all but two of his albums have received gold platinum and multi-platinum discs. His most successful album to date is “Slave II Fusion”, released in 2000, which includes many of his most well-known hit songs including “Pyar Ho Gaya”, “Nachenge Saari Raat”, and “Gallan Gorian”. His music videos also feature actors before they became famous. His video “Ishq” features model and actress Koena Mitra and “Pyar Ho Gaya” features actor Shiny Ahuja.

In 2005, he won “Best International Artist” at the UK Asian Music Awards.

In 2007, he made his film debut with Don’t Stop Dreaming, for which he also composed the soundtrack and did the playback singing. In 2008 he returned with his new album “Jawani on the Rocks”. His hit singles from this album include “Meri Nazron Mein Tu Hain” and “Hai Hai Jawani”. In 2010, he released his album, “Twist & Shout”, which was a success.