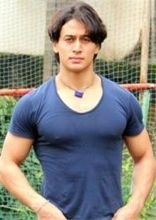 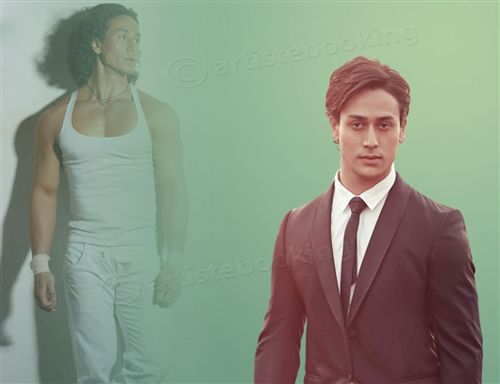 Tiger Shroff is an Indian Bollywood Actor. His real name is Jai Hemant Sharoff but mostly known as Tiger Shroff. He was born on march 2, 1991 in Mumbai, Maharasthra, India. He is the son of Bollywood actor Jackie Shroff. He made his debut in Bollywood through Sajid Nadiadwala's film Heropanti with his Co-Actress Kriti Sanon.

Tiger Shroff was born on 02 May, 1991 in the family of Indian Bollywood famous and known actor Jackie Shroff and Ayesha Shroff, he has one sister name as Krishna. Tiger helped Aamir Khan build physique for Dhoom 3.

In the starting of his Tiger got many offer through many Director for lead role in their movies, but Shroff refused that offer's. Suvbhash Ghai want to launch him for his father movie Hero in 1983, Shroff has also refused that but eventually in June 2012 Shroff Finally singed on by Sajid Nadiadwala to make his debut in Heropanti.

Heropanti released on May 23, 2014 and that movie become successful and got mixed reviews of critis for his physique and perfornance in the movie.

Why Book Tiger Shroff Through ArtiseBooking?