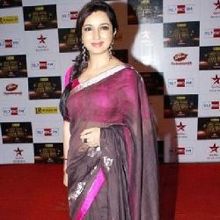 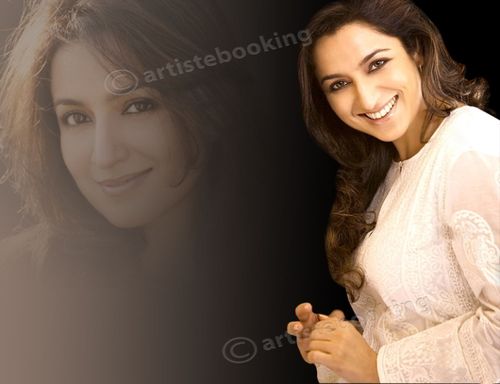 Tisca Chopra is a contemporary actress in the Indian films, theatre and television. Known as a highly skilled actress, her big break in films came via Taare Zameen Par (2007), which won her awards and accolades including a National Award, a Filmfare and a V Shantaram Award nominations. She followed it up with the award winning Firaaq (2008). She subsequently featured in films like Dil Toh Baccha Hai Ji, 404 & "10ml Love" that gave her a fresh batch of commercial and critical acclaim. The grand niece of Khushwant Singh, Tisca also has a flair for writing. Her book, a hitchhikers guide to the Indian Film Industry, is due to be out in 2013. Also known for her sartorial choices and sense of style, Tisca is often on the best dressed lists in India. She made her acting debut at the age of two and a half, in a play. Her film debut was with Platform (1993), opposite Ajay Devgan.[3] She polished her acting skills in theatre in Mumbai and soon her work was seen in plays like, Feroz Abbas Khan's Mahatma vs Gandhi, All The Best, Salesman Ramlal and Inshah Allah. Next she shifted to television, where her performance in television short films like Ek Shaam Ki Mulaquat (Star Bestsellers) and Hum Saath Saath Hain Kya? got her talent noticed and led to leading parts in a popular hit show, Balaji Telefilms' Kahaani Ghar Ghar Kii, followed by Love Marriage (Zee TV) and Sarrkkar: Risshton Ki Ankahi Kahani (Zee TV). She hosted a consumer grievances show on TV called Main Hoon Na. In 2007, she appeared in the much acclaimed Taare Zameen Par with Aamir Khan where she was lauded for a sublime and award winning performance. Next she acted in Nandita Das's directorial debut, Firaaq (2008). In 2011, she appeared in Madhur Bhandarkar's Dil Toh Baccha Hai Ji, where she played a seductress Playing a sassy Urdu professor in 'Love Breakups Zindagi' (2011), won her praise from critics across the board. In 2012 Her film 10 ml Love reunited her with the producer of Ek Shaam Ki Mulaquat. Her next film 'Ankur Arora Murder Case' is written and produced by Vikram Bhatt is due to release this May 2013 and we shall also see Tisca head the cast with Irrfan Khan in Anup Singh's 'Qissa . She is stars in the runaway hit Dinner With Friends, a Pulitzer Award winning play. Tisca has also appeared in advertisements and is the face of 'Tanishq ', Dish TV and 'Volini ', 'Kelloggs-All Bran ' and 'Horlicks-Gold '. She is currently working on developing a script that she plans to produce.Tisca judged a reality show on Star News called Star Anchor Hunt.Tisca hosted 'Prayschit' on Sony Television where she got a chance to reveal the transformation that criminals go though after or during their prison sentence. The show has generated much hype and had high TRP ratings.She has also hosted various corporate events such as the WOW Awards, Mahindra Rise 2012, Times Now Awards 2012, Times Now Foodie Awards and various others in the past. She has also recently hosted the 'IIJW 2012 ', 'Nabard Awards 2012 [10]', 'Times Now Foodie Awards 2013 [11]', Navy Ball 2012 and various others. She started her blog on Indiatimes, in 2011.

Why Book Tisca Chopra Through ArtiseBooking?