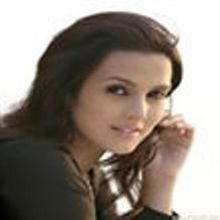 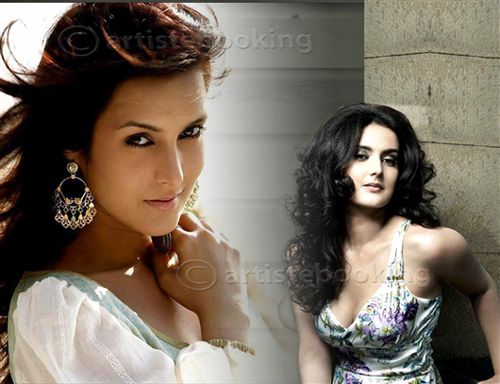 Tulip Joshi (born September 11, 1979) is an Indian actress who has appeared in Bollywood and the Sandalwood. Tulip entered the Femina Miss India in 2000. She did not make it to the list of winners, but was noticed by many advertising agencies. She appeared in a number of advertising campaigns for big brands (Ponds, Pepsi, Siyaram, BPL, Smirnoff etc.). She also appeared in a video made as a tribute to Nusrat Fateh Ali Khan. Joshi entered movies quite by chance. She was a friend of the bride of Aditya Chopra, the son of director Yash Chopra. The family noticed her at their wedding and asked her to appear for an audition, following which they cast her in Mere Yaar Ki Shaadi Hai. Not being fluent in Hindi, she trained in Hindi diction and in acting at Feroz Khan's studio. She was also advised by the film-makers to change her name to something more Indian, as audiences might have difficulty in accepting a heroine with such an unconventional name. She chose the name Sanjana, she was playing the character of Anjali in that film. The film was quite a success. Despite the good reviews and success, Tulip was heavily panned for her acting. She appeared in her first Punjabi film in 2009 called Jag Jeondeyan De Mele with famous Punjabi singer and actor, Harbhajan Maan. She again acted with Harbhajan Mann in 2011 in Yaara O Dildaara, the Punjabi movie.

Why Book Tulip Joshi Through ArtiseBooking?