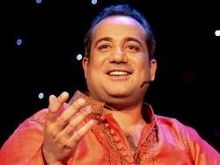 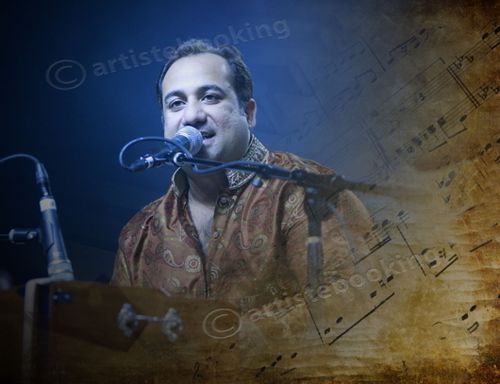 Rahat was born in a musical family on 9 December 1973. He was chosen at birth by his uncle Ustad Nusrat Fateh Ali Khan for tutoring in the traditions of qawwali music and was preciously singing for and with his uncle and father by the age of three. His formal training with his uncle began at the age of seven & he performed very first time at the age of nine at the death anniversary of his grandfather. From age fifteen, after years of intimate study, he was made an integral part of Nusrat Fateh Ali Khan's qawwali party which came to be known throughout the world.

He toured the UK with his uncle in 1985, and performed solo song in addition to singing with the Qawwali group. At a concert in Birmingham on 27 july 1985, he performed the solo ghazal Mukh Tera Sohneya Sharab Nalon Changa Ae. At a concert at the Harrow Leisure Centre in 1985, he performed the solo song, Gin Gin Taare Lang Gaiyaan Rattaan. He sang lollywood playback in the 90s and debuted as a playback singer in Bollywood with the movie Paap (2004), featuring the hit song, Mann Ki Lagan. His recent works include Pakistani nationalistic songs such as Dharti Dharti and Hum Pakistan, and songs from Bollywood films. He has toured extensively and performed in Pakistan, India, United Kingdom and all around the world. In April 2012 Rahat toured in the UK, performing at Wembley Arena and the Manchester Arena, playing to a combined audience of over 20,000 people.

He is also appeared in Television, He judged the show, Chhote Ustaad 2 alongside Sonu Nigam. He was also one of the judges on the singing reality show Junoon – Kuchh Kar Dikhaane Ka, premièred on NDTV Imagine in 2008. Rahat Fateh Ali Khan has done numerous concerts throughout the world. In United Kingdom, he has visited many places like London, Manchester, Birmingham, Leeds and Bradford.