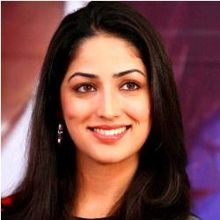 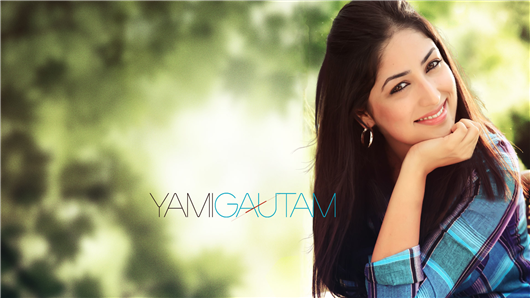 Yami Gautam (born 28 November 1988) is an Indian actress who works in different language films, including Punjabi, Tamil, Telugu, Malayalam, Kannada and Hindi. Her initial appearances were on Indian television commercials and soap operas such as Chand Ke Paar Chalo and Yeh Pyar Na Hoga Kam. In 2010, she made her cinematic debut with Kannada film Ullasa Utsaha, co-starring Ganesh. In 2012, Gautam made her Bollywood debut in Shoojit Sircar's romantic comedy Vicky Donor, which touched on the topic of sperm donation. Upon release, the film was a critical and commercial success, and Gautam gained positive reviews for her performance. Yami Gautam was born in Bilaspur, Himachal Pradesh and was brought up in Chandigarh. She was born to Mukesh Gautam, who is working as vice-president with PTC Network, a leading Punjabi Channel. Yami has a sister, Surilie Gautam who made her big screen debut with Punjabi film Power Cut, starring, Jaspal Bhatti's son Jasraj Bhatti. She did her regular schooling and later joined college for pursuing a graduate degree in law honours. She had aspired to join Indian Administrative Services (IAS) as a young girl, but at the age of 20, Yami decided to start her acting career.[8] As she was pursuing Studies in Law Honors (first-year PU Student of the Law), but she left full-time studies for acting. Recently, she is doing her part-time Graduation from Mumbai. Yami is fond of reading, interior decoration and listening to music. Gautam was 20 when she moved to Mumbai to pursue a career in movies. She made her television debut with Chand Ke Paar Chalo, which was followed by Raajkumar Aaryyan. Following this, she played her most notable role in Yeh Pyar Na Hoga Kam, which aired on Colors. Furthermore, she participated in the reality shows Meethi Choori No.1 and Kitchen Champion Season 1.

Why Book Yami Gautam Through ArtiseBooking?