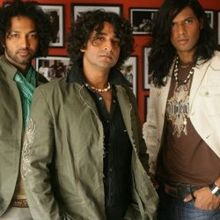 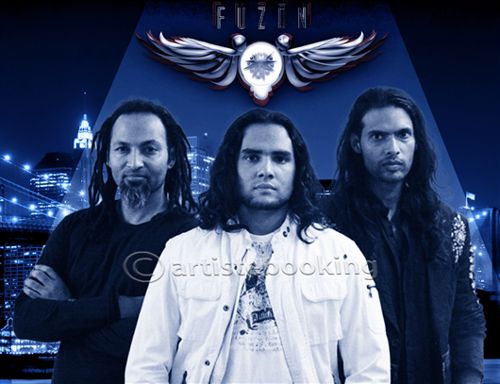 Fuzön is an alternative rock band from Karachi, Sindh, Pakistan formed in 2001. The name has been derived from fusion as the former vocalist Shafqat Amanat Ali describes the band as a fusion of Pakistani classical music and modern rock music.

The Fuzön art insists on setting feelings above mere technique; and creating an individualistic genre of mold breaking music. Above everything else Fuzon is stylistically different. The band was born out of diverse western pop/rock and eastern classical influences. The trio, consisting of studio sessionist Emu, Shallum and vocal exponent Shafqat, rediscovered its credentials as a serious cutting-edge band, fusing deeply meditative ragas with rock and jazz.

Shafqat had to leave the band to concentrate more on his solo projects. He was replaced by Rameez Mukhtar as the new vocalist.After Rameez Khurram Iqbal was a youngster that participated in the Indian Talent show "Saregamapa- Singing Superstar". Wowing the judges through his blessed vocal skills he gained fame and popularity. It was then when Fuzon contacted him asking him to lend his vocals to the band. Low on experience and high on ambition Khurram Iqbal took up the offer.Currently, Fuzon has been working with their new vocalist Khurram Iqbal on their very new album. Emu has stated that its release is yet to come.